I’ve been hearing stories about the Churney Cat for as long as I’ve lived in Cirencester. Every so often there’s a sighting reported in the local paper – plus a fuzzy photo – including one of the beast in Cirencester Market place.

I wanted to include the Cat in a major project so I decided to give him his own short prequel, a chance to introduce him and some of the humans who come into contact with him.

Originally, I intended the story to be centred on two men who hide in the woods hoping to get photographs of the beast to sell to the tabloids. In the end, I worked out a more interesting angle which links the Cat to a longer story. This was partly as a result of making the characters female, which also allowed me to turn what started as a straightforward thriller into something more unusual.

I met Actress/Writer/Director Marianne Gaston through Jarek Adams’ Scriptorium project based in Gloucester and knew she would make a superb Gran. Her friend Laura Clifford was just as good as Maya. We recorded the play on location in Kinsham (outside Bishops Cleeve) on Saturday 12th March 2016 and my actors did a great job.

Stitching everything together on the computer proved problematic: this is the first script I have attempted to record completely outside, and monitoring actors’ lines and watching the sound levels is hard enough without having to keep track of trains in the background too!

Anyway, here it is, I hope you enjoy it. Please don’t get in touch to tell me a black leopard is technically a panther. I say he’s a black leopard, and that’s and end to it. It’s my play. If you want a play with a panther, write it yourself!

Poor Maya. It’s tough being 19 when you don’t know what to do with your life. Fortunately, Maya’s Gran is on hand to introduce her to a very special person. After tonight, Maya’s life will never be boring again… 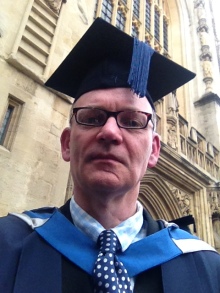 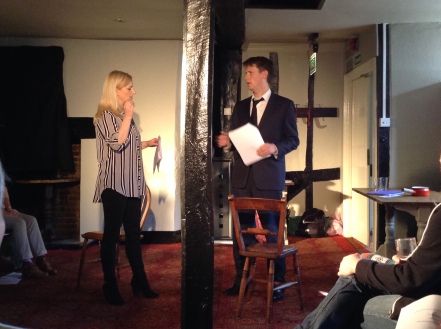 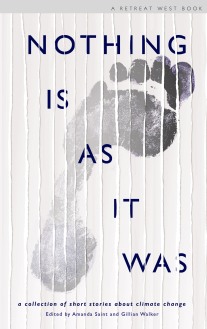 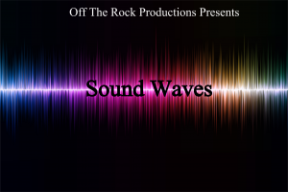