Back in 2020, BBC Wiltshire ran a competition ‘Ten Tiny Plays About Wiltshire’, asking for scripts for 2 minute radio plays, set somewhere in Wiltshire. I wrote a script ’Two Minute Warning’ about Abi who travels back in time to Swindon Station to warn her younger self against getting on a particular train and thus making a terrible mistake they would regret forever.

My script wasn’t selected by BBC Wiltshire, but as it was such a short and simple idea, I asked my old friend, storyteller Chloe to record Abi’s lines for me. I added in enough FX, trimmed it to 2 minutes exactly and submitted it to the BBC Upload initiative.

They liked it, and it was broadcast on the Jon Smith show on BBC Gloucestershire on 10th June 2021. The whole show is on BBC Sounds here, but I have included the link here also.

Square with the House has been recorded, mixed and now uploaded. The weather on Sunday stayed fine, the locations I scouted on Saturday worked out well, we recorded both by the car park and on the north east corner of the lake, away from the traffic on Spratsgate Lane. My biggest concern was wind noise, there being slightly more breeze on Sunday than the day before. The west side of the lake is very exposed when the wind is from the East and recording activities on the main landing area by the cafe just not practical.

On Saturday it felt at times as though I was recording next to the International Air Tattoo, with aircraft passing over every few minutes; small civil aircraft, big transports coming to/from Fairford and the occasional helicopter. Also, with Saturday being a working day, there was the noise of gravel extraction from the lake to the east. Fortunately, Sunday was much quieter. Only one aircraft made it on to the final recording, a slow-moving piston engine craft (by the sound of it) during a speech in Scene 4, but hopefully not too loud to be distracting.

My cast Katy and Adrian were very patient, both with the practicalities of the location – people passing, talking on their phones, stopping to gaze at the swans who gathered in the water nearby, dogs – and with my need to check recording levels, tone, delivery all at the same time. They both did very well on the day, I am very pleased with the final results. It was a pleasure working with them!

What would I have done differently?

In an ideal world I would have have written the script far earlier, left it alone for a month then returned to it with fresh eyes for a major cull: despite the rehearsals, there are still too many lines that (to me) read well but don’t work when spoken by an actor. I think this is (for me) the biggest downside of having a deadline, but something I can be aware of for the next project.

I would like to find a director/collaborator to help with the recording, rehearsing. I’m too polite to order actors around to be a good director!

Things I will continue to do?

Rehearsals over Zoom, which were very useful, meaning that a lot of work could be done well in advance and the actors and I could get used to each other.

Definitely getting feedback from a pro. Having the opportunity to discuss the script with Kirstie Davis was a real plus!

Stephen Connolly · Square with the House 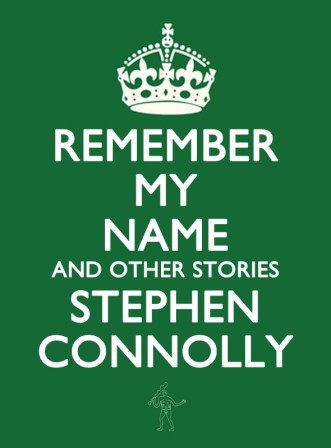 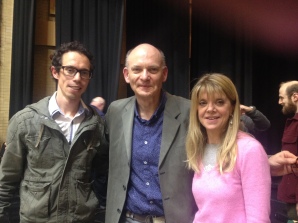 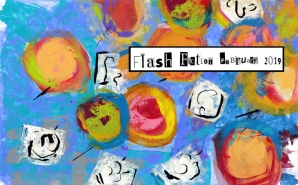 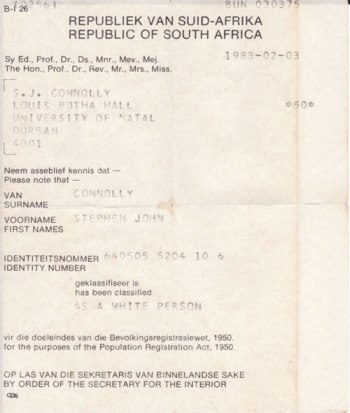