I rang a bell today. Not just any old bell, but the Radiotherapy bell inside the Oncology Department at Cheltenham General Hospital.

You ring the bell as you leave after your last session of Radiotherapy, which for me was today. Things are looking good, the lump in my temple all but vanished and no rash/tenderness (yet). I spotted it back in December, but had to wait over Christmas for a biopsy and PET scan to confirm what (and how widespread) the beast was: it turned out to be a recurrence of the Follicular Lymphoma (Non-Hodgkins Lymphoma) I had had back in 2017, fortunately low grade and localised to a small enough area to be treatable with Radiotherapy.

I thought I might be embarrassed to do it – I have at times a very British disinclination to make a fuss – but it turns out the staff all gather round to watch you do it, a rather touching moment. I suspect they would have felt annoyed if I had chickened out. From their smiles and applause it was as though I had made their day – I know they had made mine. Strange the rituals humans dream up, even in the most technical and scientific of environments. Perhaps the more serious the technology, the more important the rituals become?

My first piece written for the Dialect/Lake 32 Writers Residency has now been recorded and published online, a radio play entitled Something Purple.

My original ideas for my residency were all set in and around the water park. I planned to use actors as well as the people who work and play in Lake 32, with the natural ambient sounds of the lake and surroundings as a backdrop.

And then lockdown happened. At a stroke, all my plans had to be cancelled/postponed and I had to return to the drawing board. Which in hindsight proved to be a good thing. The trouble with first ideas as that they can often be very obvious, the things that might have occurred to everybody else. Now, as I couldn’t (technically) ask actors to go to the lake because of Lockdown, I decided to make Lockdown the centre of the story: to have two characters – Carl and his Dad – desperate to get to the lake but stuck indoors, talking over Zoom. Dad, divorced from Carl’s mum, keen to cheer his son up. The inspiration also came partly from watching Michael Sheen and David Tennant in ‘Staged’.

I had been speaking to Cirencester Theatre Company about recording another of my scripts and they were the first people I spoke to about recording Something Purple. We recorded the play on Sunday 31st January 2021. There were issues with microphone noise, but as the point was to portray an authentic Zoom call, we worked around them where possible.

One of the most revealing things about recording your own audio pieces, is that it’s the best way to learn where you over-write. After editing the script several times, it was only when editing the final recording that I really grasped how many lines didn’t actually need to be there.

Many thanks to the Cirencester Theatre Company, Adrian McPherson and Michael Iredale for acting in it and Caroline Jalilli for recording & editing it. 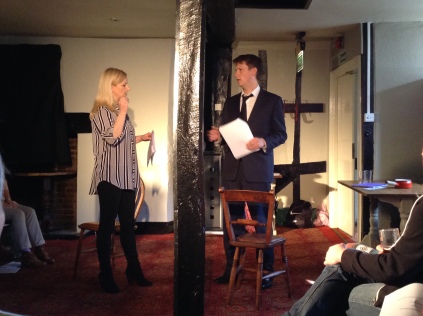 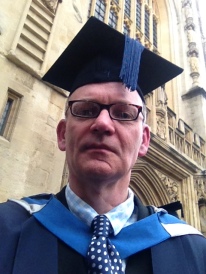 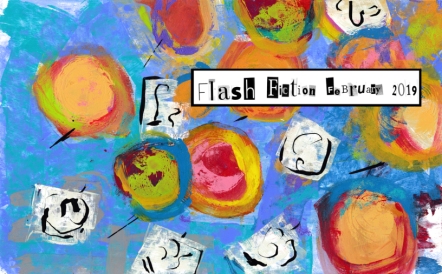