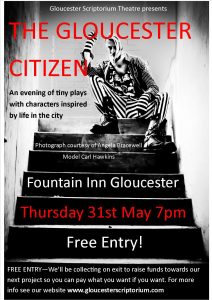 The latest project from Gloucester Scriptorium is ‘The Gloucester Citizen’, a series of tiny plays and monologues with characters inspired by the city of Gloucester.

The show includes two of my own pieces, both of them monologues set in a graveyard, originally written for Stroud Fringe.

In ‘Pension Plan’ bank robber Derek (played by Andrew Thorn) looks forward to enjoying the spoils of his late partner-in-crime Andy… who may have left him more than he’s expecting.

In ‘Nosferatu’, widow Lucy (played by Jilly Breeze) prepares to tell her late husband’s friends some home truths in the hope that she can begin to move on with her life.

The performance takes place in the Fountain Inn, Gloucester, at 19:30 on Thursday 31st May. Entry is free, although donations to the Scriptorium would be welcomed. 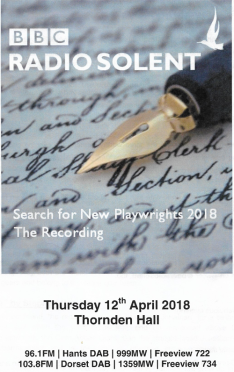 Hard to believe the whole process is all over, but at 9:30  last Friday morning 18th May, my short radio play ‘Sky Pilots’ was broadcast on BBC Solent during the Julian Clegg drive time show – then repeated at 17:40. It was lovely to hear it complete with all the sound effects I had written in, but which couldn’t practically be done live at Thornden Hall – especially the hot air balloon burners.

The whole show is now available on iPlayer here, starting at 3:05:30.

It was great to be involved with the BBC Solent people, particularly Louisa Hannan who did such a great job of organising the whole venture, as well as fellow playwrights Ben White, Georgina Pitts  and GillianPalmer, I hope to hear more from them in the future.

Now comes the hard part, moving onwards with other projects. 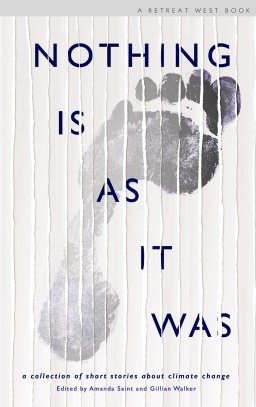 Retreat West’s Climate Fiction anthology ‘Nothing Is As It Was‘ is officially released today, 22nd April. Proceeds raised from the book sales will be donated to support the work of the climate action group, Earth Day Network.

The book is available from Amazon in both eBook and paperback formats and includes my own short piece ‘The Window Box‘. 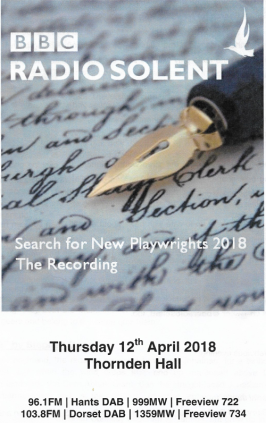 Still mildly high after Thursday night’s recording!
On arrival at the venue, I was whisked away to meet the cast, Belinda and Orlando, plus other actors Jilly Bond and Tomos James, also director James Barry, everybody full of nice things about the plays. Food had been provided but I was too light-headed to be hungry.
Time to relax and chat to fellow winning scriptwriters Ben White and Georgina Pitts (Gillian Palmer away at sea),  nice, funny people, I can only wish them well. We had to do some more interviews, both recorded and live with Louise Peters, plus a brief Facebook Live video. We were finally led into the auditorium for the performance at 6:20.

The plays had all been rehearsed and recorded earlier in the day: these recordings plus the live versions would be used for later tweaking/broadcast. Louisa ran the whole show, aided by James Barry.

Ben White’s ‘The Family Way’ first, and good fun too. A simple premise, based on Ben’s own life story: a father with tickets to see Southampton play Man United in the cup final at Wembley… except that his pregnant wife is due to give birth on the same day.
Georgina Pitt and Gillian Palmer’s ‘Searching’ had a looser structure, with two old friends determined to have fun during a trip to the Isle of Wight.
I had to stood up and introduced ‘Sky Pilots’, although I sounded a little on the quiet side (according to the video on Twitter). Not as many laughs as the other 2, most of the laughs coming in the middle third. Still, people seemed to like it, Paul Marchbank and Sarah Sullivan (both from Southampton Solent University) very complimentary.
I was reluctant to leave and break the spell. Now the wait to hear what they sound like on radio…
To be continued…
March 27, 2018March 29, 2018 ~ planbsteve ~ Leave a comment 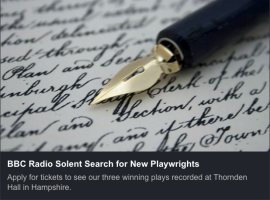 To the BBC in Southampton today, to workshop ‘Sky Pilots’ in preparation for its recording next month.

The workshopping was really useful, James covered more the radio drama aspects and Maggie the more purely dramatic side. Some very useful suggestions came out of the process which I will need to consider for the final version of the script.

We were all recorded at various points during the day, for broadcast during Louisa’s drive time slot: 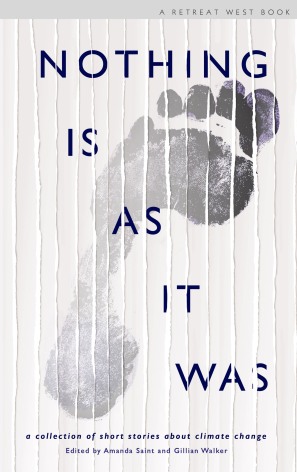 The cover for the Climate Change fiction anthology Nothing Is As It Was has now been finalised. It’s a very simple image, a bare human footprint, implying humanity’s effect on the world, as well as humanity’s essential fragility,  without resorting to strident preaching.

The book is being sold to raise money for National Earth Day and will be launched on April 22nd 2018 in both paperback and eBook formats. The launch party will be on 2nd May from 7pm to 9pm at Great Expectations in Reading. There is a library where we will be having readings, books will be sale and all are welcome. The venue is where Charles Dickens used to do public readings 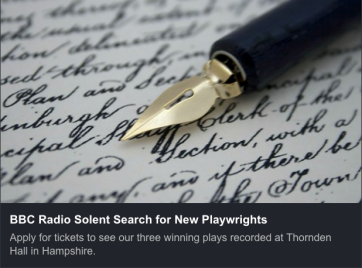 After the thrill of making the short list for the BBC Solent Radio Playwright competition, came the sheer unexpected shock of realising – as they introduced me on the radio yesterday morning – that I had been selected as a winner!

It’s surprisingly odd, hearing a stranger reading your name out, something like hearing them read your name out at the Oscar’s. It was nerve-wracking being interviewed, but listening to the results on the iPlayer I don’t think I sound too bad.

On 27th March the 3 winning writers gather for a workshop to get the scripts into readiness for the performance/recording session on 12th April. The plays will be broadcast sometime in May. I’m already looking forward to meeting the director and cast, as the collaboration involved in making the piece work is often the most fun part of the whole process.

Julian Clegg and Louisa Hannan discuss the Radio Playwright competition and reveal the comments from the judges:

Stephen Connolly, interviewed live on air by Julian Clegg, learns he is a winner:

My radio script ‘Sky Pilots’ has made the short-list of the BBC Solent Radio Playwrights competition. I will be interviewed(!), live on the radio this Friday morning, and the 3 winning plays will be revealed over the course of the day. There will be a day of workshopping on 27th March and the 3 plays will be performed in Chandlers Ford on 12th April 2018.

Fortunately, I realised my error with a week to go before the deadline and I managed to come up with a fun idea: Jonathan, a recently ordained (and rather prim) vicar and his wacky girlfriend Lucy are marooned in her hot air balloon when the wind drops. As they wait to be rescued by her ground crew, the clouds below them thin, revealing the most embarrassing of landmarks: The Cerne Abbas Giant.

I had never heard of Cli-Fi (short for Climate Change Fiction) before I saw Retreat West’s call for stories based around climate change. The resulting anthology ‘Nothing Is As It Was’, named from a story by Nick Ryle Wright, is being sold to raise funds for the Earth Day Network, and will contain a piece of my own, ‘The Window Box’, an excerpt from an ongoing project, The Fourteenth Duke of Plimsoll.

Plimsoll is a project I have been working on for years. It started off as a novel, although a film outline was shortlisted for the Marza Story Circus prize in 2012. After many changes, I finally wrote a complete film script of the story (titled The Duke of Hope) for my MA in Scriptwriting at Bath Spa University in 2014.

Plimsoll Tower is Humanity’s last refuge. Rising from an immense ocean, it is the last dry land left on Earth. The never ending rain, a result of Climate change, keeps the sea-level rising, forcing the Tower’s occupants to build perpetually upwards with stone quarried from far below the waterline, from beneath the Tower itself. Apart from the few fish that circle the Tower, all food must come from the hutches and window-boxes strapped to the Tower’s external wall.

It’s the kind of project that changes every time I think about it, the biggest problem being that I thought of the situation and the ending before coming up with any real characters. However, over the past few months, having had some fresh ideas, thought up some new characters, situations, I now have a new direction. The first finished part of this is The Window Box, soon to appear in the Retreat West anthology. A good omen for its new direction. 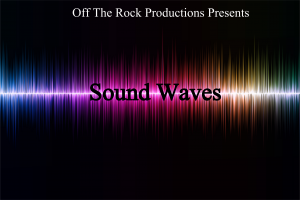 Early in 2017, BBC Radio 4 Producer Paul Dodgson came to Somewhere Else Writers to run a workshop on writing radio drama. For one of the exercises he asked us to write dialog inspired by, or even from the POV of the shoes we happened to be wearing.

I had the good fortune to be wearing some interesting shoes, a pair of Burton desert boots, bought for a £5 as they didn’t match, one of them having been left out in the sun for too long. I gave them completely different characters – Left is laid back and philosophical where Right is anxious and bitter.

The piece worked so well that I decided to complete the story: two shoes going through an existential crisis – perhaps a long dark night of the soul?! Realising they may be reaching the end of their life when one sustains damage, they debate what may happen to them, is there a chance of an afterlife for shoes?

It was great fun to write and Graham Fletcher agreed to play both parts when I recorded it. Before I could finish the mix for Corinium Radio, York-based Off The Rock productions issued a call for radio scripts for their Sound Waves series so I submitted the script for Destiny of Shoes. The script made the shortlist and (I learned this week) has been selected for recording later in the year. 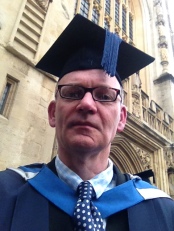 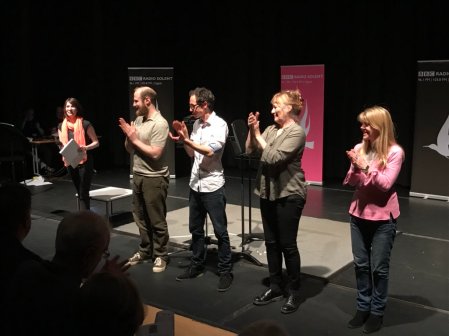 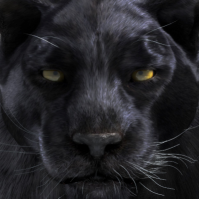